Thank you to our sponsor:

The 86th Regular Session of the Texas Legislature ended on May 27th. What did our legislators accomplish and what impact will those actions have on Texas businesses and employees? Hot business topics this legislative session included mandatory paid sick leave, ban-the-box legislation, and tax reform. Join us as James Hines, Senior Vice President of Government Affairs for the Texas Association of Business, scores the wins and losses of this legislative session and discusses hot issues on the federal legislative agenda. 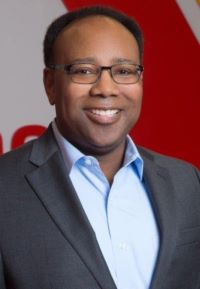 Prior to joining TAB, James served as Director of Government and Regulatory Affairs for Copart in Dallas, Texas.  In this role, he managed all government and regulatory affairs for the US, Canada, and Mexico.  He worked directly with Congress, governors, and state legislatures.

Prior to joining Copart, James served as Director of Government Affairs for Verizon in Austin, Texas.  At Verizon, he managed regulatory and government affairs in Texas. In 2011, he received the Verizon Ovation Award, one of Verizon’s highest honors for outstanding achievement.  Prior to joining Verizon, James served as Senior Manager of Government Affairs covering the Southwest region for MCI.  Prior to MCI, James practiced law and lobbied at a firm in the private sector.

From 1998 to 2000, James worked for Governor George W. Bush as Ethics Advisor, Public Information Officer, and Assistant General Counsel. He also worked as a volunteer for the Bush-Cheney Presidential Campaigns in 2000 and 2004.  He continued his presidential campaign work by serving on the Technology Policy Committee for the Jeb Bush Presidential Campaign in 2015-16.

James has served on many boards and committees. In 2018, James served on the Board of the U.S.-Mexico Chamber of Commerce and as a Federal Policy Committee member for CompTIA. He has also served on the following boards in Austin:  Leadership Austin, YMCA Metro, Eastside Community Connection, and Foundation for the Homeless.  He also served as Vice-Chair for the Texas Policy Committee for TechAmerica (now CompTIA), a leading trade association for technology companies.

James holds a Bachelor of Arts in Economics and Managerial Studies from Rice University and a Juris Doctorate from the University of Texas School of Law.

Buy this Webinar Now! $29
We suggest moving this party over to a full size window.
You'll enjoy it way more.
Close
Go Fullscreen